8 Best Parks in NYC That Are NOT Central Park 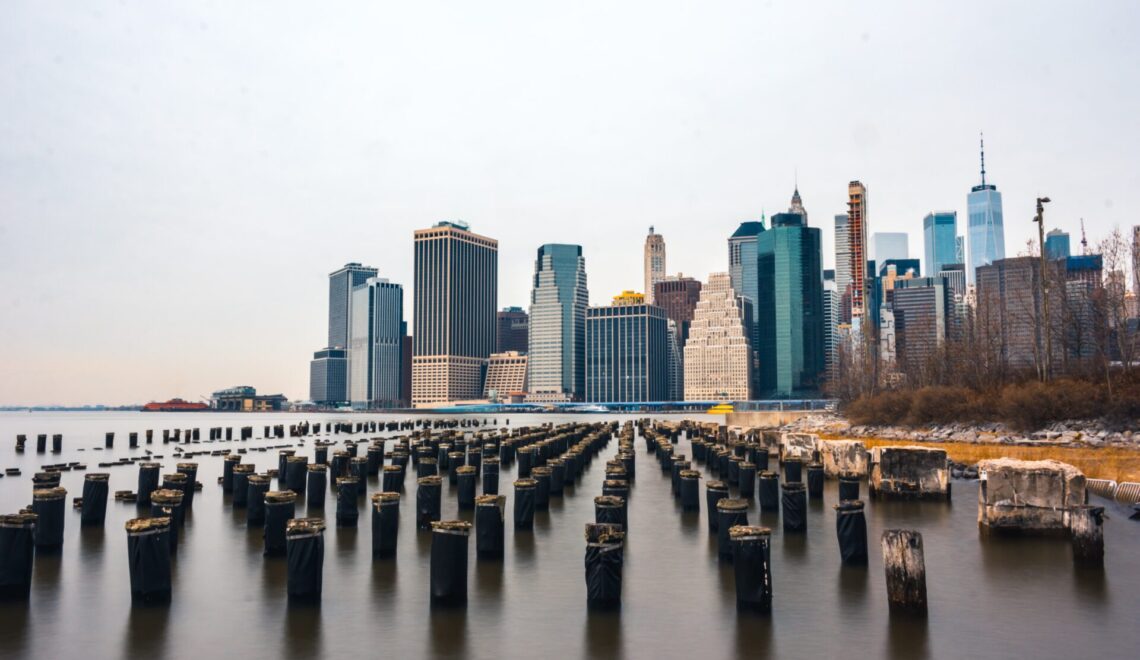 The skyline, concrete, and neon signs are the first images that come to mind when thinking of New York City. Of course, Central Park is the city’s prized green space, but it’s not the only one. Besides Central Park, there are many other parks in New York City that are hidden gems and well worth seeing. In fact, the city’s public parks cover more than 30,000 acres of land and are crucial to the Big Apple.

Living in the concrete jungle of New York City, it is essential to be able to escape to some greenery and enjoy nature. While some of these parks are big parks that are popular amongst tourists, some are hidden gems in NYC that locals love. If you are in NYC and looking to spend time at a park, these are 8 of the best parks in NYC that are worth considering.

Washington Square Park, one of the city’s landmarks, is situated in the heart of the bustling Greenwich Village at the foot of Fifth Avenue.

The park is a favorite of both locals and tourists since it is home to the marble Washington Arch,  the lovely Washington Fountain, and a bronze Garibaldi Statue. Brick pathways and old streetlamps give the park its exquisite 19th-century feel.

College students are frequently seen hanging around, getting something to eat, or tanning on the lawn. Additionally, you’ll discover musicians playing tunes that will elevate your mood.

Washington Square Park, like many locations in New York, has been used as a movie set for several motion pictures, such as Ghostbusters II, I am Legend, and When Harry Met Sally.

New York’s High Line is an engineering marvel that combines the old with the new in a delightful way.

The park was built on the abandoned remains of the elevated West Side Railroad train tracks in Manhattan, which were going to be demolished. It was saved by the idea of turning the space into an elevated park, which has since become a reality and has been a very successful innovation project.

There are many things to do at The High Line. Visitors can enjoy the gardens, view art from local artists, see live performances, and eat delicious food from local eateries. The High Line is great for connecting with friends and locals while enjoying the unique area. Stunning views, many different plant species, lounge chairs, street art, food stands, and unique shopping options make the walk along the 1.5 High Line a super cool experience.

The Battery, previously known as Battery Park, is a beautiful park in southern Manhattan with a profound history of what New York City is about. The area where The Battery is located used to be Castle Garden, the first immigrant depot in the United States and the world. This is the point of entry where millions of immigrants arrived in America before Ellis Island existed.

The Battery offers beautiful views of the Statue of Liberty and the Hudson River and the nearby opportunity to visit several memorials, such as the East Coast WWII Memorial, the Korean War Memorial, and the American Merchant Mariner’s Memorial.

This relatively small 12-acre park in Queens is one of New York’s best-kept secrets. Situated in what was an old and abandoned industrial dockyard, Gantry Plaza State Park features walking and biking trails along the East River. Visitors will find well-cared lawns, comfortable benches, and splendid Manhattan skyline views, including the Empire State Building and the United Nations headquarters.

This park is a great spot to take a walk, have a picnic, read a book, or take a step away from the hustle and bustle of Manhattan while still enjoying its amazing skyline, away from the big crowds.

Many people think Central Park is the largest park in New York City, but Pelham Bay Park is three times its size at 2,770 acres. This massive park in the Bronx is home to various terrains such as forests, marshlands, rocky coastlines, and a swimming beach that is a mile long.

A visit to Pelham Bay is an escape from the city feel in Manhattan, with miles of hiking trails and the chance to swim, fish, and kayak in Orchard Beach. Other attractions within the park include the historic Bartow-Pell Mansion, two golf courses, a variety of sports fields, playgrounds for kids, and barbeque areas.

This park used to be an abandoned waterfront on the East River, which was later transformed into a delightful NYC outdoor space in Brooklyn. The 1.3-mile-long Brooklyn Bridge Park is a great place to catch some stunning views of Manhattan while exploring the area. The attractions at Brooklyn Bridge Park include Jane’s Carousel, skating rinks, playgrounds, basketball courts, ping pong tables, and more.

Formerly a dump where trash and furnace ashes were disposed of, it is said that this area inspired the Valley of Ashes in The Great Gatsby. Flushing Meadows Corona Park was turned into a park for the New York World’s Fair in 1939.

Housing the Queens Zoo, the New York Hall of Science, Meadow Lake, the World Ice Arena, the Citi Field Stadium, Flushing Meadows Golf Center, and other sports facilities, the trip to this somewhat remote area in Brooklyn is well worth the subway ride.

A highlight of the park is the enormous silver Unisphere surrounded by fountains and beautiful lawns, which was built for the 1964 World Fair, the second one hosted in New York City.

There are many things to do at Flushing Meadows Parks, ranging from historic walks on scenic trails to sports and activities. The park has a recreation center with an indoor pool and fitness center and many cultural and civic institutions that people can visit.

The main attractions within Prospect Park are the Prospect Park Zoo, Long Meadow, Audubon Center, Lefferts Historic House, and Prospect Park Lake, the only lake in Brooklyn. Skating, biking, and boating are my favorite activities here! Additionally, there is a carousel and dozens of athletic and recreational facilities in this park.