Is Airplane Food Good or Should You Pack Your Own? 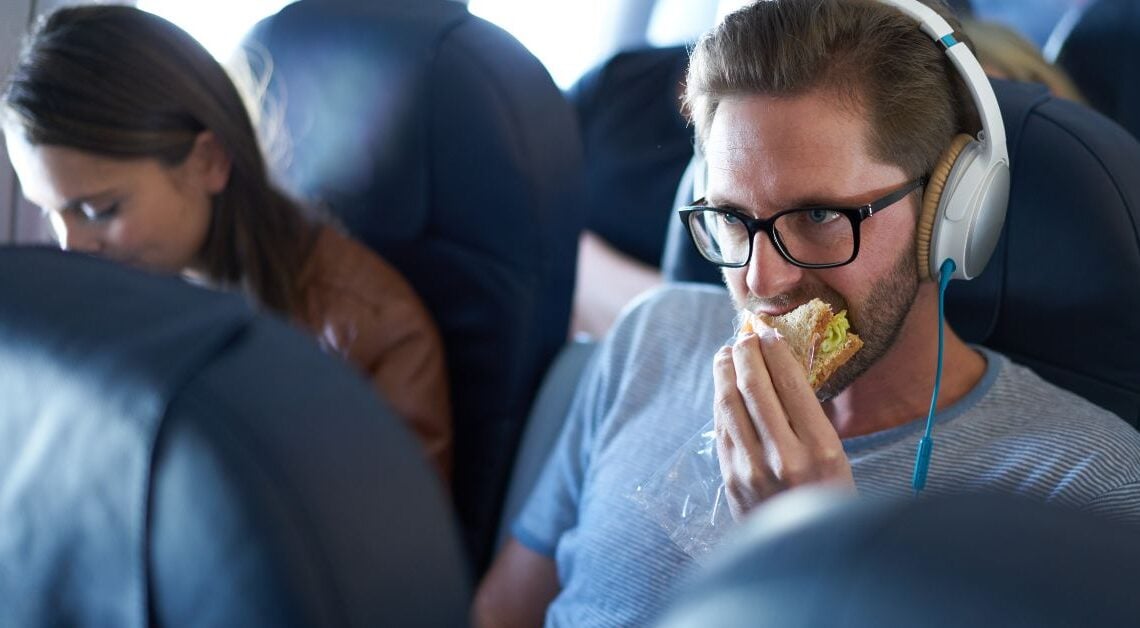 Are you traveling somewhere and debating on eating airplane food or packing your own? You’ve got company. After surveying the internet, here is what people had to say.

Yes! The Food Is Good

“I love it, not that it’s that good culinary-wise, but it always throws me back to that certain airplane/holiday/traveling vibe. Totally into it,” one person admitted. “Been flying heavily since the late 70s, and on many different airlines.”

“Yes, the food has improved a lot, but there is always that one flavor found only in the food served on a plane. I’ve never identified it, and it may have as much to do with the scent of the plane, eating in a low-pressure environment (which changes taste reception), or, perhaps, the invasive taste of jet fuel. I don’t know.”

I’ve never been able to recreate it on the ground, but it’s in every meal served on a plane, and it always takes me back to flying in my childhood. I love airplane food for that reason,” another shared.

“It is awesome! Especially on those early morning flights: you didn’t have time to eat at home and couldn’t afford a simple latte and a cookie at the airport shops. Airplane food, even if not the tastiest meal ever, gets the job done for free,” one person said.

“I enjoy it depending on the airlines. It’s normally okay for my basic tastes, but sometimes I eat something delicious. For example, the best pound cake I’ve ever had was on a plane. The important thing is that both pilots don’t eat the fish option (sorry, I had to toss in an Airplane! movie reference),” another joked.

No! The Food Is Terrible

“It’s straight trash…but I still eat it. I recently started traveling international business with Qatar, and that food is still garbage. I got the FIFA-themed cheeseburger, and the buns were rock solid. The platter was even worse. Thank God for alcohol to wash down the slop, though,” one person declared.

“Terrible. I also remember the first time I flew business with Qatar. For some reason, I thought the butter chicken would be different than what they served to coach, nope, just plated nicer,” another person recalled.

You May Also Like: What to Wear When Jet Skiing On Vacation?

Dine at the Airport Before Your Flight

“Enjoy the airplane food? No. Pack my own? Also no. I stuff myself with airport snacks before the flight,” one person posted. “This is what I do. Plus, there are some truly wonderful dining experiences in certain airports.”

“One when I flew south in Atlanta. I loved the food in Paris at the Charles de Gaulle airport and Ming Court in Hong Kong. You can’t dine at these places without a plane ticket. So why not take advantage?” one person replied.

“I have to be honest- I had no idea people liked airplane food. I think it’s just so gross. Eyewaterinlgy terrible. One Asian airline I flew with had ok food, though,” one person admits.

We hope you enjoyed this Reddit picks discussion about whether airline food tastes good, or if you need to pack your own snacks.

Also, my recent experience with Alaska Airlines was that I wanted to order food, and because I hadn’t ordered pre-flight, I was served pretzels. On a trip from one coast of the U.S to the other. So be aware of individual airlines on your traveling adventures!