Top 10 Running Trails in the World 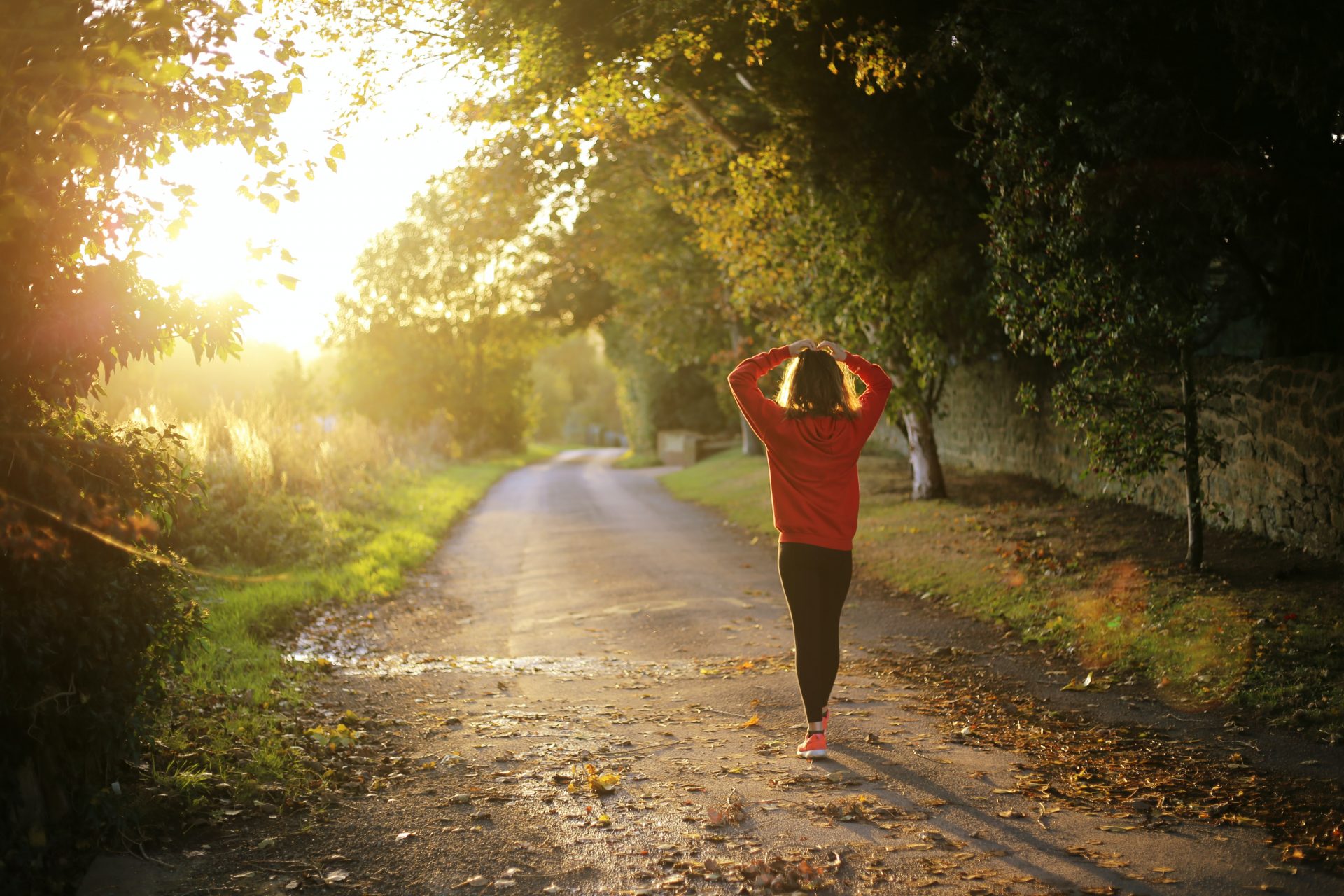 10 scenic running trails from around the world

One of the best ways to see a city when you travel is to go for a run. But don’t treat it like your daily jog back home. Look around to admire places you’ve never seen; stop often to take photos that you can later share with friends and family; and don’t hesitate to stop at landmarks, scenic vistas, and even open-air markets to rehydrate with a tropical beverage.

Thistle reviewed travel publications and running route roundups to identify 10 scenic running trails around the world. There are thousands of wondrous places to run, but we think you’ll find these to be especially enticing.

If you decide to make running part of your next trip, be sure to (a) pack running shoes and outfits that make sense for the weather forecast; (b) think of your vacation runs as explorations rather than training jaunts so that you can enjoy them more (look around rather than down at your watch or phone as you run); and (c) search the web for any races that might be scheduled where you’re traveling—it’s a great way to literally rub elbows with locals.

There are many advantages to running on a path that follows a shoreline—any shoreline. Among them are views of the seascape and landscape and a route that’s usually flat, intersection-free, and populated by fellow runners (and walkers and cyclists). One of the best such trails is found in Barcelona, a sports-mad city that hosted the 1992 Olympics.

Passeig Maritim checks all the boxes with its constant view of the open sea as you run past a string of beaches and historic buildings in the upscale, tourism-focused, artsy district of Sitges—about 20 miles southwest of central Barcelona. Cooling sea breezes make the running pleasant even on hot summer days.

Boston is best known among runners for its prestigious marathon, but a route that’s nearly as long as the storied marathon course is even more popular among local runners. You needn’t be trained for a marathon on the Charles River Path, however, because any stretch—such as the popular, 3-mile downtown segment between the Museum of Science and the Harvard (Massachusetts Avenue) Bridge—is a treat.

For variety, most locals run a loop that crosses bridges over the Charles in order to trace the paths on both sides of the river. The sights you’ll see on different stretches of the paved path include the downtown skyline, Boston’s famed universities (Harvard, MIT, Brandeis), and many parks and Revolutionary War-era historic sites.

The Bay Run is actually a loop around a wide inlet of the Parramatta River in the Inner West suburbs of Sydney. It has the look of a bay, and runners benefit from the absence of any street crossings and a paved route that climbs only one real hill to the Iron Cove Bridge river crossing. The southern half of the loop passes through a series of parks culminating at King George Park (near the bridge), where serious runners have the option of stopping by the 400-meter grass track to do some soft-surface interval training.

There are also plenty of parking lots, cafes, restrooms, and water fountains on the route. Although popular with local runners and walkers, it’s not as crowded with pedestrians as Sydney’s downtown waterfront, and you’ll feel more like a local on this pretty run.

Chapultepec Park (Bosque de Chapultepec) is only 3 miles from the heart of Mexico City, but it’s a haven of nature for Mexicans and tourist runners alike. The main loop tours the forested area of Latin America’s second-largest city park. Once a retreat for Aztec rulers and later the residence of Mexican presidents at Chapultepec Castle (which now houses the National Museum of History), the park features several museums, an amusement park, restaurants, and a zoo.

But the major draw for active visitors is the trail network in the wooded “Tercera” (third) section of the park. The greatest challenge for visiting runners is the 7,600-foot altitude, instantly noticeable to sea-level dwellers on even modest hill climbs.

There are several theories about how Arthur’s Seat got its name, including some that pertain to the legend of King Arthur, but there’s no denying one thing about this robust hill in the heart of Edinburgh: It will leave you knackered (to use local slang) at the top. The loop climbs and then descends 824 elevation feet.

Its location in Holyrood Park, within a mile of the city center and Edinburgh Castle, makes it a convenient workout anytime you’re in Scotland’s capital city and offers the bonus of a commanding hilltop view at the top. Like Camelback Mountain in Phoenix and the Grouse Grind in Vancouver, the hill has become a daily magnet for local runners and walkers looking to stay fit while challenging themselves.

Like circling a lake or ascending a mountain, running along the rim of a canyon is always exhilarating because there’s always a view. When that canyon is the Grand Canyon, you’ll also earn major bragging rights.

You don’t have to run the entire Rim Trail either—if you do, you’d be running the entire marathon distance out and back—because you can call it a day at any of the 14 bus shuttle stops (about one per mile) that line the road-adjacent trail. Or you can simply turn around anywhere and run back to shorten the distance. But don’t underestimate the difficulty level. Although the Rim Trail is mostly paved and flat, you’ll be breathing thin air at the Canyon’s near 7,000-foot altitude.

Running to the high point of any city can be a great way to orient yourself (and shake off the jet lag) as you peer down at the city’s landmarks upon reaching the summit. That’s not possible in a city like Miami, where the highest point is 20 feet above sea level, but it’s a great option in a sprawling, mountain-adjacent city like Hong Kong.

At 1,811 feet, Victoria Peak is the highest point on Hong Kong Island, with a sweeping view of Victoria Harbor, Central Hong Kong, and the surrounding islands. While the entire trail spans 31 miles across the island, six trails—which range from 1.1 to 4.1 kilometers (0.7 to 2.5 miles) each—lead to the top of the peak. Depending on where you want to start and what kind of shape you’re in, you can choose any of the trails to the top. And if you don’t feel like running back down, you can take the Peak Tram, a funicular railway, from the Peak Tram station.

If you don’t mind running in some hills and stiff breezes, it doesn’t get more scenic than this short run in Cape Town. The paved Lighthouse Keeper’s Trail in Table Mountain National Park undulates out from the Cape of Good Hope Old Lighthouse to the New Cape Point Lighthouse, with constant views of the surrounding mountains as big waves crash just below as you run.

From the parking lot, you’ll either run or take the funicular up to the trailhead and the old lighthouse before heading out to the point and the new lighthouse. This rugged coastline is a magical and wind-battered spot as it’s very close to the southern tip of the continent, where thousands of ships have been lost rounding the Cape of Good Hope. It’s located 43 miles south of the city center.

Rio is famous for its beaches, which is why the Atlantic coastal city’s best run may be this one connecting two of its most alluring strips of sand. Copacabana was the site of beach volleyball games during the 2016 Rio Olympics—but the name also refers to a 1947 Groucho Marx movie, a 1978 Barry Manilow hit song, and a Manhattan nightclub. Leblon—a beach bordered by luxury high-rises, shops, and restaurants—is a more subdued alternative to neighboring Ipanema Beach, which lies between the two beaches.

You can follow the shoreline by either threading your way through sunbathers and beach volleyball players on the three beaches or by following the Copacabana Promenade—which is essentially a work of public abstract art as it’s made entirely of mosaic tiles. If you somehow tire of admiring the beach bodies and the Rio skyline as you run, you can peer up at the surrounding jagged peaks that make Rio such a special place.

Located on the southwestern edge of Hangzhou, one of China’s largest and most prosperous cities, West Lake was named a UNESCO World Heritage Site for the gardens that have influenced Asian garden design for centuries. Millions of domestic and international visitors flock to its shores each year to admire these gardens and the lotus blossoms, temples, pagodas, and forested hills that surround it—especially on boat tours.

But many also come to run or walk the paths that encircled the exquisitely scenic lake. Long pedestrian causeways and bridges that angle across the lake offer runners different views of the lake and surroundings. And the connecting paths that circle the lake are mostly flat and paved.

This story originally appeared on Thistle and was produced and distributed in partnership with Stacker Studio.